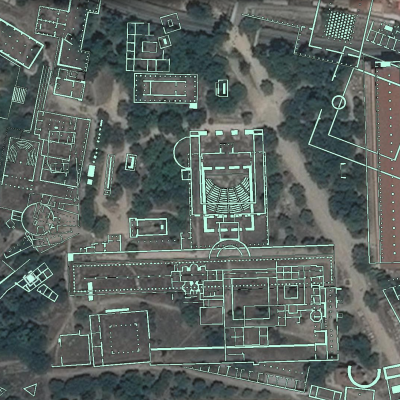 Digital Athens is a collaborative multi-disciplinary project that brings together a team of Duke students and international colleagues in Greece to produce a database, open-source wiki, and interactive digital maps of the archaeological remains of ancient Athens. In the initial phase of the project, the team is focusing on digitizing and geo-referencing historical maps, and mapping the material remains of burials, domestic spaces, waterworks, sculpture, marble and bronze workshops, and the wealth of materials uncovered in the Athens Metro Excavations. Students interested in participating in this project, which includes opportunities for summer fieldwork on site in Athens, should contact Sheila Dillon. Find more information about the project.

The project began in Fall 2014, developed out of an earlier project “Death, Burial and Commemoration in Athens from Antiquity to the Late 19th Century.”  As of early 2016, Digital Athens’ researchers and participants have geo-located about 800 burials, almost 300 well, more than 700 pieces of sculpture, and all of the buildings in the Athenian Agora from the Archaic period through late Antiquity.