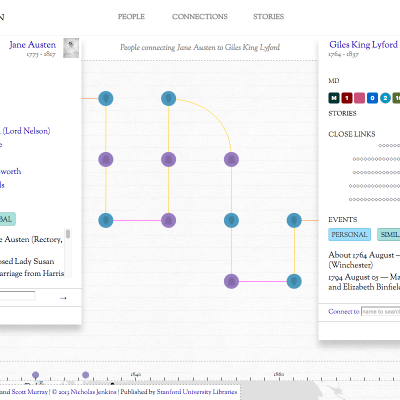 Via the Kindred Britain User's Guide:

"Kindred Britain is a network of nearly 30,000 people - mainly British, mainly dead - connected through family ties. But the site is not merely an extensive archival record. All sites, all datasets make arguments as well as presenting facts. Kindred Britain is a proposition about the profoundly and unusually familial nature of British society and culture."