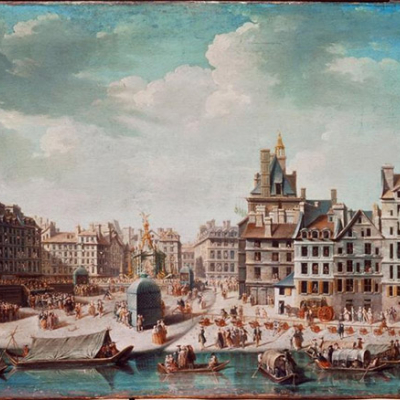 Paris of Waters is a research project that focuses on the impact of water on the demographic, social, architectural, and urban development of the city of Paris through time. The project is concerned with water in a wide array of forms—as resource, as commodity, as means of transportation, as funnel for the city’s waste, and as cause of disaster and death—and with making it visible as a powerful agent of urban change. Paris of Waters challenges traditional urban history narratives—which tend to focus on design, monumentality, and the stylistic features of the built environment—by highlighting the role of infrastructure, underground works, and hydraulic management and engineering as defining elements of a city’s development and history.

Paris of Waters on Wired! Lab.